A UNIFYING MISSION
​
While some divide may be occurring between the developed and untouched area of Ivy City, one unifying task brings the whole community together in a truly inspiring mission: The Crummell School.

The Crummell School was opened in 1911 to serve African American children in an underserved area. After an influx of industrial development in the neighborhood, and a drug epidemic, the city began to break apart and the school eventually closed in the 1970's. It remains an important landmark for the residents of Ivy City, and alumni of the school still get together. The citizens have gathered together to participate many petitions, activist groups, and pushes to local governments to restore the Crummell School and open it as a community center so it can be enjoyed for generations to come.
Proposed city plan with the Crummell School as the city center 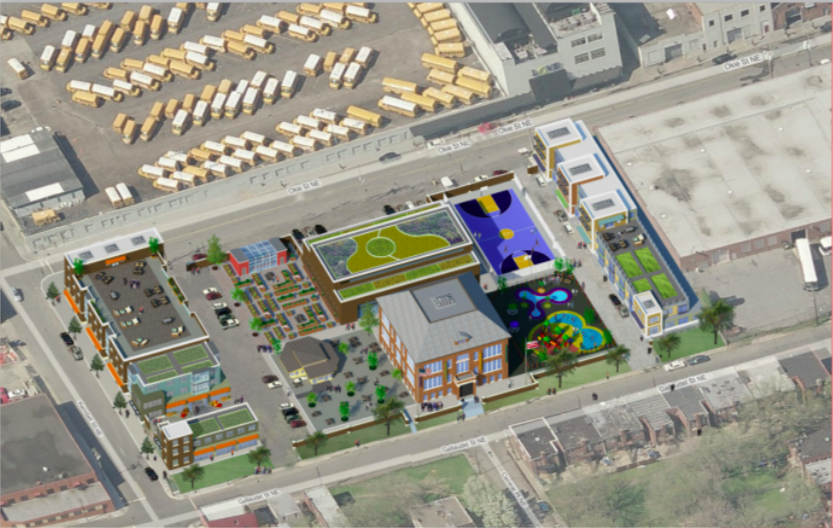